Time to Renovate our Renovation Strategies

Buildings are the lifeblood of society – a place to work, rest, bring up future generations and undertake the myriad other actions that define our existence. The cost, in terms of resource use, energy consumption and maintenance expenditures, of this array of buildings is vast. While individual buildings may not have a significant impact, the collective energy consumption of over 200 million buildings across the EU is as much as 40% of the total EU needs and responsible for over one third of the EU greenhouse gas emissions.

The Energy Performance of Buildings Directive (EPBD) together with the Energy Efficiency Directive (EED) and the Renewable Energy Directive (RED), define a framework that creates the conditions for long-term improvements in the energy performance of this strategic sector. In particular, the EED Article 4 requires Member States to establish long-term strategies for mobilising investment in the national building stocks’ renovation. 31 strategies were submitted to the European Commission for the first round in 2014, and in 2017, Member States will be requested to submit updated versions of the strategies.

In 2014, the Buildings Performance Institute Europe (BPIE) published the first ever assessment of a selection of ten of those strategies. The study was then extended in 2015 to encompass 18 Member States. Unfortunately, the results made sober reading as only 5 out of the 18 strategies were deemed fully compliant, 8 strategies partially compliant and 5 were not even meeting the basic requirements of the Directive. BPIE’s assessment concluded that reviewed strategies did not set a clear path for the national building stocks’ renovation, as no Member State had set out a roadmap of how the renovation market was expected to evolve in the following years.

Subsequently, the Joint Research Centre (JRC) of the European Commission published its assessment of all strategies earlier this year . The JRC used the same scoring methodology as the one developed by BPIE. Overall, the scores were also very similar, but the JRC’s “pass mark” criteria were rather more generous than BPIE’s, resulting in 23 out of 31 strategies being considered “fully” or “almost fully” compliant.

Now, with only a few months left until Member States are required to publish the next iteration of their national building renovation strategies (by April 2017), BPIE has undertaken a review of progress regarding the implementation of existing strategy and about the development of the 2017 versions. Market research was undertaken by BPIE through a series of over 60 telephone interviews with stakeholders in 12 Member States, across governmental and non-governmental actors.

Spanning from questions on the implementation progress of the current renovation strategies to queries on the preparation for the 2017 update, respondents felt there had been good progress on financial support schemes introduced since 2014 and on the extent to which individuals are able to present their own or their sector’s view to the government. The question scoring highest was the one on the central role of building renovation in meeting the EU energy and climate policy goals. In addition, some of the respondents named the BuildUpon project as a very good initiative to increase the collaboration between the different stakeholders pushing for more efficient buildings.
On the other hand, results show that the interviewees feel that the barriers to building renovation are still numerous and that little to no action has been taken since 2014 to remove them. The lowest score was for actions that governments are taking to ensure that the next version of the strategy will lead to an effective renovation of the building stock.

BPIE’s analysis showed general pessimism from the respondents on the ambition of the strategies and their compliance with Article 4 requirements. This is despite the fact that governments generally agreed that the building sector had a key role to play in helping the fight against climate change. Most of them agreed that the JRC’s study was overly generous in its assessment. In addition, what was most striking from the research was the huge discrepancy between the answers from governmental and non-governmental respondents.

Two years after the submission of the first national renovation strategies, their implementation can only be described as average, as showed by BPIE’s survey. And, clearly, the assessment is much more negative if government views are removed from the results. The positions regarding preparation for the next strategy are even more pessimistic. In this case, even governmental respondents feel that their own governments are not doing enough to ensure that the next version of the strategy will lead to an effective renovation of the building stock.

There is still time to influence the strategy development process. How? What is needed is first of all alignment of views from the different actors. They all agree on the central and strategic role of building renovation, but actions remain poor. By means of concerted action and collaboration, there could be a more comprehensive view on the real state of play of renovation and individual strategies from both governments and stakeholders. The BuildUpon project is already gathering a strong community of stakeholders through innovative platforms and partnerships to reach strong and well- implemented renovation strategies. But governments should complement these efforts by prioritising feedback from stakeholder consultations in order to address the barriers together and more effectively. In this way, financing schemes with a clear framework and integrated support measures for demand pull and supply push could be put in place at a faster pace than currently.

Alignment of views and concerted actions between governments and stakeholders from industry and civil society become key words in delivering strategies that can be “real” and not simply named as such, carrying ambition and best practices to make the lifeblood of society – buildings – flow smoothly, delivering the linked environmental, economic and societal benefits to Europe’s citizens. 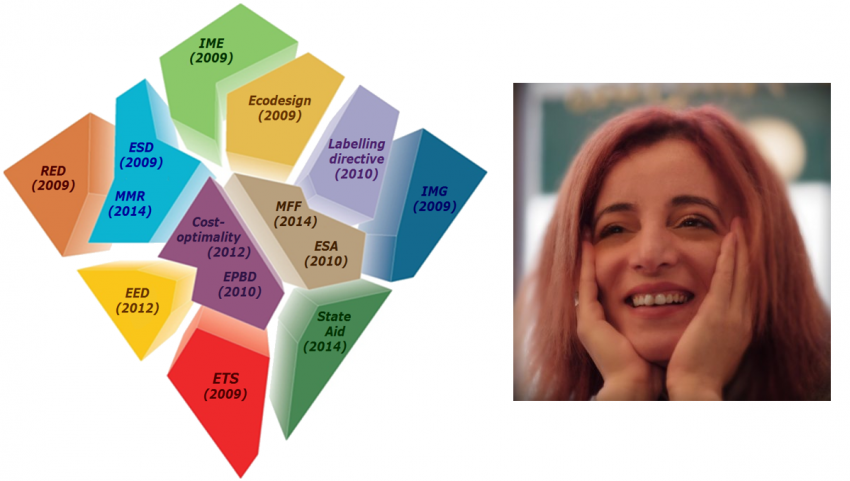 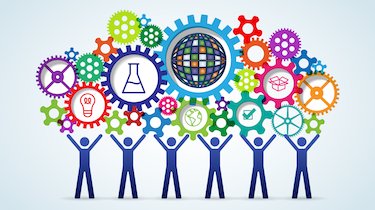 Collaboration – the key to unlocking the renovation potential!

At COP21, attendees of ‘Building’s Day’ recognised that, to stay within the 2-degree limit, th... Read More 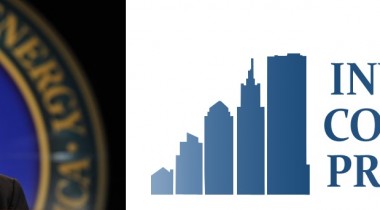 The Retrofit Revolution Will Be Financed

Europe’s ambition to reduce the energy use of the existing building stock by 80% by 2050 raises ma... Read More